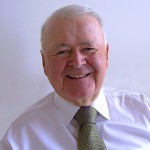 Sir William was sworn in as Australia’s 22nd Governor-General on 16 February 1996 and served until 2001. He was appointed a Knight of the British Empire in 1982 and a Companion in the Order of Australia in 1988.

Retired after a career in manufacturing in Australia and the USA with companies such as BHP, CSR (Executive Director), James Hardie Industries (CEO & MD).

Retired Chairman of the Bank of China Australia Ltd. Past President of Alzheimers Australia NSW and past Chairman of Road Safety Education Limited.

A/Prof Brian Owler is an adult and pediatric neurosurgeon and a Fellow of the Royal Australasian College of Surgeons.  He is a former Federal President of the Australian Medical Association (AMA).

Judge of the NSW Supreme Court including Chief Judge at Common Law from 1984 until 2005 and former Chairman of the NSW Law Reform Commission.

I would like to convey just how worthwhile the day was.  It had students buzzing for weeks.  All students, without exception, got a lot of practical and useful information from the different sessions and were quick to talk to their teachers, family and fellow students about what they had experienced.